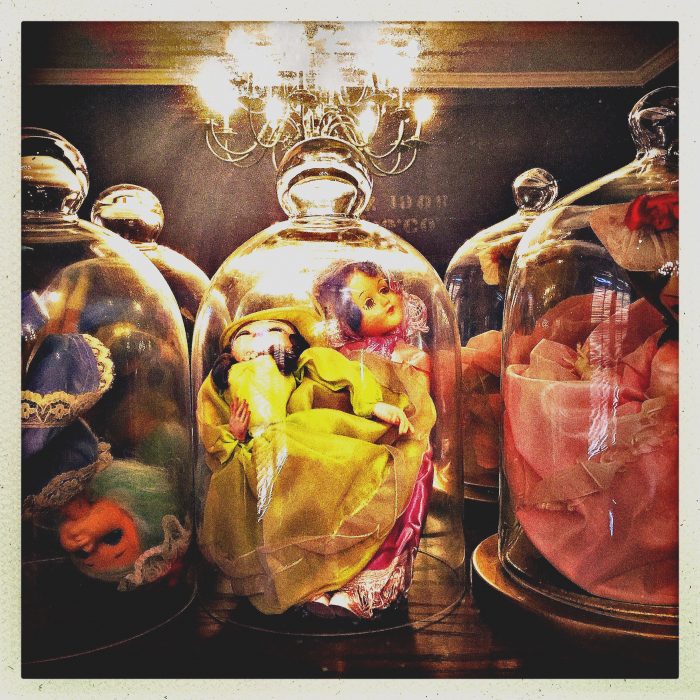 The Queen had a gift. She could communicate much more clearly through silence than through speech. Her words turned out to be meaningless, useless bullshit. Sentences sent you in circles, paragraphs perplexed. With words, she simultaneously conveyed admiration and disgust, her smile a lousy disguise for her condescension. Her language left me feeling unstable and groundless, nervous, confused, anxious. But her silence had a clarity that her voice could never match. Her silence was more terrifying than the subtle insults, the patronizing compliments, the changing rules or expectations, the dehumanizing and deflating discussion about the need for me to change my behavior because of my gender. When she spoke, I always had questions. Her silence rendered me mutually mute.

In the months prior to the Queen’s silence, the Anxiety that had lived somewhat peacefully among my fellowship of emotions suddenly began to grow, and ultimately became a bully. It stole my Love’s lunch money. It pantsed my Confidence in front of my Hope and my Despair. My Empathy woke up covered in toilet paper and eggs, looking and feeling ridiculous. (Anxiety had no alibi.) It humiliated me, made me doubt myself, caused me to wonder what was wrong with me. Anxiety mocked me. It dominated and it taunted. There were moments – perhaps when Anxiety was napping – where some semblance of peace took hold, a feeling that I would be okay and might even emerge victorious. But Anxiety wakes up loudly, bawling and demanding your full attention. It’s a light sleeper. And it will tell you – over and over – that something horrible is going to happen, and that it will be your fault. You begin to believe it. Every word from the Queen either calmed or provoked Anxiety – sometimes both at once. Pride and Compassion looked at each other and shrugged: “Maybe we should just stay out of the way?”

Then came the Queen’s deafening silence. The emptiness told me what I needed to know – finally. What I had hoped Her Majesty would clarify with words before it was too late. Her silence told me that words were no longer useful or welcome. The time for talking had passed. She had decided my fate, and I would never be able to put the right words in the right order to reach her. She was no longer listening. Red-eyed and cold as ice, she declared, “Off with her head!” She would not change her sentence no matter how eloquently I explained that I would die without my head. She no longer cared. (She had never cared.)

When I initially began to sense danger, some called me paranoid. Some turned their backs. Some would not look me in the eye. Some women who had been friends became enemies, and sharpened their swords at the Queen’s command, frothing at the mouth, excited to destroy someone weakened and rebuked.

The men bought tickets, popcorn, hot dogs, beer, binoculars, and settled in to watch the women fight to the death. Perhaps they placed bets. Given that the Queen had all the power, I would have bet against myself. And I would have won. But that’s a man’s game, isn’t it? They don’t need to destroy the women; too often, the women will gladly destroy each other.

When the Queen began to speak again, Anxiety retreated to her corner like a cowardly boxer considering throwing the match. Anxiety is weaker than Terror. Or Hopelessness. Or Helplessness. In truth, Anxiety is boastful and noisy, but lazy and not looking for a real fight. It yielded the floor to uglier emotions. Emotions that usually sleep deeply. When they awoke, Anxiety stepped aside, content to be a member of the chorus. Catastrophe set the stage and shone a lone spot on Defeat.

Luckily, I escaped the Kingdom with my head attached to my weary body. Banishment. This is my punishment for some undefined crime. Now I must find a new Kingdom, or perhaps create my own. The pain and fear are loud enough that Anxiety isn’t even trying shout them down. It hides in the corner, quietly whispering, “I told you so.”

Still, I escaped, mostly intact. Hope, once lost in the crowd, begins to walk slowly to center stage. Courage is not far behind.

Anxiety feasts on fear, delights in doubt. It giggles gleefully every time I hesitate to take a step forward.