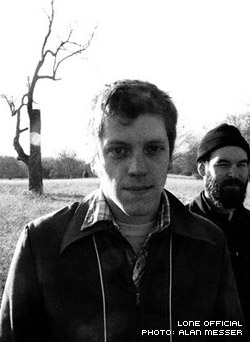 Nashville has a bad habit of ignoring her best and brightest children; Nashville culture produces an artistic endeavor that is truly original, even revolutionary, and nobody who “matters” in music city seems to pay any attention.

Luckily, Nashville has a great aunt of sorts named London. She takes our wayfaring children under her wing, invites them in for tea and crumpets, and even offers to let them stay as long as they like, or until they get on their feet and make a few quid.

Take Lambchop for example, renowned the western world over as top-shelf Nashville country-rock, yet they remain virtually unknown in thier own backyard. Ask any late-model SUV driving, Keith Urban fan on Broadway about the critically acclaimed project and they have no idea about what the hell you are talking about.

You’d likely get better results in New York, San Franscisco, or the UK.

It’s a strange yet convenient scene here for aspiring musicians who are interested in alt-country, post-rock-country, or, whatever you want to call it. Maybe it is a way to get big in far away places and still come back to the Cumberland to live a normal life. Just ask Kings of Leon.

Nashville takes on a mythical quality for people who don’t live here. Outsiders often associate Nashville with the aura of Hank Williams, Patsy Cline, Roy Acuff, Loretta Lynn, and the classic country sound that represented one of the greatest genres in the history of popular music. That aesthetic is perhaps best preserved and appreciated from afar. The folks of Nashville would like to think of themselves as keepers of the musical roots, but it’s often less like preservation and more like taxidermy.

The sound of Nashville today is the sound of a new generation that still loves great songcraft, the pedal steel, the wonders of pine wall paneling and western wear, but they carry the torch with a postmodern sensibility tempered by all the media they have consumed in the modern age of anything-on-demand. There is a living tradition here, albeit an evolved and mutated one, and people seem to be ‘getting it’ everywhere — except for music row. 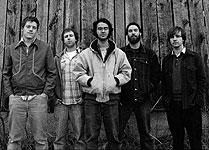 Lone Official is such a band. While virtually invisible in their home town, they find their latest Nashville record being distributed in England before a single copy is available in the states. They look forward to tour dates and a warm reception by the enlightened ears in Liverpool, Manchester, and beyond. Here, they work regular jobs, pay the bills, and create music that owes as much to great indie rock slackers as Pavement and Yo La Tengo as Ernest Tubb and the swaggering honky-tonks of Nashville.

Dive bars, indeed. When I first met Matt Button, he was pulling my beers and serving Sparks to keyed-up rockers at the legendary Springwater in Nashville. Springwater is the CBGBs of Nashville: a true crappy dive bar with nothing but kitchsy character and chain smoking hipsters to separate it from those other wretched hives of scum and villainy. Button is not the type of guy you would think of as a bartender; a tall, quiet, seemingly introverted guy who has that look in his eye that says, “I know something…”

I thought that “something” was perhaps, “you’ve had one too many,” but now I understand it is much more: Button’s musical creations are clever pop jems with an uncanny understanding of jazz chord voicings, subtle time signature changes, and most of all, thoughtful lyrical imagery about such diverse associations as airplane pilots, french apparel, and hope.

When I first stumbled into a Lone Official show, I recognized the talented personnel from other outstanding projects: Ryan Norris and Eric Williams from the Tortoise-esque post-rock musings of Character, Sami Elamri and Brian Nichols from the compelling sounds of Trophy, and Ben Martin of the ever-revolving lineup of country-rock atlas, Lambchop. Live, the five member group sounds much like the record: well balanced, everything existing comfortably in its place. I was immediately impressed by the subtle complexity of their arrangements; the type of nuance that musicians appreciate, but doesn’t alienate the average listener.

Tuckassee Take was released in Europe on Monday July 17th, 2006 by Honest Jon’s Records, a label co-owned by Gorillaz’ Damon Albarn. Astralwerks has set a US release for January 2007. The recording was produced and engineered by Mark Nevers at Beech House in Nashville, TN. Mark has previously worked on recordings by Will Oldham, Silver Jews, Candi Staton and Lambchop. Nevers embues a warm, analog, roomy sound that compliments the music wonderfully.

This project has a bright future. If you are London, check them out. Oh yeah, and they play in Nashville too.