This is a true story of anxiety and foreboding, in two parts. It happens all at once, so it is not quite a flow from beginning to middle to end, or flashback style or even linear much at all. Both pieces appears in Skyline alone and hopefully will stand that way too. Alone, separate and starkly true. Nothing really happens in one way, and it is the ways that happenings surprise us and ways they stalk our peripheral vision and tracks us on into the next happening that make up a whole story. So maybe we start with one part, with the hope that two parts stand alone, staring at each other and at themselves like the two megaliths of Stonehenge — foreboding and anxious for the clarifying light.

True Story: My supportive black mothers allowed me to freestyle – to a dozen or so doe-eyed do-goody white kids from Ripon University – it was a channeled stream of shadow talk for sure. I was presented to our unwitting prisoners at the end of a grueling s&m session which we politely named “unpacking your white privilege”. The eyes of these neophytes of liberalism were swollen with nearly shed tears. All they needed was one more punch in the gut to spill — and the mothers said I was the one to deliver the kaboom. Mind you, we had never rehearsed this … and I had never said these things before… 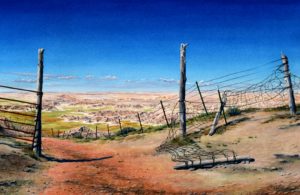 When we relieve our selves we make sewage. We don’t think about it, but we let if flow with the pinch of our butthole and a pressing down on the flush handle. The analogy may be lost unless one is willing to remember that each dump we take involves sluicing clean, drinkable water around the fetid, bacteria-laden compost of yesterday’s forgotten burrito. It is a just one in a series of mindless acts of ultimate self destruction. Well, this monologue of emergent understanding we might ought to call spewage. Like De Niro in a New York workshop, I was living inside my character, with backstory to body ticks, belligerence blindsided me just in time to tumble me out onto center-stage.

The charge Ms. Joyner-Smith gave me was to speak about the part, the role of the white man in all this mess we had just shoveled around the desperately squalid room – (Ripon U seemed to appreciate that the room was squalid – as any HBCU should/could be expected to be — right?)

I think my loving, angry mothers expected I would genteelly speak to some sweet moment of awakening and that I might tenderly encourage my Caucasian cohorts that they too — could be an “ally”. Looking back, I can see how they were good and right to hold out hope that a small step toward decency might have been taken on that sparkling, spring afternoon, amongst the moldy scents and the relics of a gasping civil rights movement. It was just not what was supposed to happen … I suppose — there were just some other factors at play.

In my defense, I had been working in proximity to Naomi TuTu and her papa’s truth and reconciliation started, after all, with truth. I remember how hard I was wishing for truth, nervous for truth, anxious for truth. In hindsight, I suspect my delusions and confusions were tainted by the romantic pleadings for reparations and King’s beloved community.

Perhaps it was that my heart and soul were painted with dreams so long denied any of us,  Or that each diorama had been constructed at ten times scale. It was springtime, when the blood of all men rise and the shimmer of skin and the flash of teeth create edges. Who knew that the hungry ghost of the colonizer would take possession and sing for our visitors?

True Story: I was agitated by the sheepish, mealy mouthed admissions exemplified by the biracial boy/man who while whimpering, confessed that college tuition was waived when he claimed his blackness – which he did exclusively for the benefit of the bursar. Or maybe it was the ivory waif who properly pouted as she pedantically professed that large black men made her nervous – she deserves a crumb of the credit for provoking this raging rendezvous with reality.

I could feel my fear rising as Theeda sharpened our focus on how our parts were playing. There was the anxiety twisting in my solar plexus while Grandmother Hazel told family stories of making good out of bad and back to bad again, The Joyner’s were slaves, then sharecroppers, then  family farmers, then bankrupt — a sensitive person paying attention might have anticipated it, But we were all so busy still trying to not pay attention —

In this convening of confessors, something creeped into that musty room and took hold of us all. These mothers had conjured us there to painfully pursue a pulsing, pounding problem they had drawn us in to confront… unspoken but heard, unwritten but legible, unexpected but urgent, they wanted to know – why does this country imprison, maim and kill their men? There suddenly appeared in the room the elephant, Ganesh? Dumbo? The GOP – I can not say – but she placed her foot on my chest and lifted the other in the air like she might take a stand in center ring — and her weight crushed my sternum, my bleeding lungs and my heart —