I’d be willing to say that any time you realize you are going to have to buy an apartment full of IKEA furniture, the moments, days, months, even years, leading up to that realization are undeniably bad… for one reason or another.

Two camping chairs, an old nightstand, and a boxy tv on a borrowed coffee table are no way to furnish a living room. Even after you hang up the curtains.

So after weeks of sitting in a camping chair, admiring my curtains, it is time to go to Atlanta to buy some furniture at IKEA.

The drive from Nashville to Atlanta isn’t that bad. Four hours of solitude. Time to ponder your life. Your death. Your taxes.

And if you have the technology to play whatever music you please from your car stereo, the drive can actually be quite enjoyable. The scenery is lovely; mountains, rivers, lakes, fields. Yes, the drive from Nashville to Atlanta is not that bad….

…unless you have to pee.

Of course I could have stopped.

But there was no time for that.

So after a seemingly 40-hour-drive, I arrived. And while there was no time to stop on the way, there was certainly time to meet some friends for a leisurely dining experience of crepes and potatoes for brunch.

And then they took me to IKEA.

I’d spent several weeks prior to this visit carefully studying and ultimately stalking the IKEA website, compiling lists for each room… with pictures.

So I was prepared.

Except you’re never prepared for your first trip to IKEA.

So, perhaps, for several hours I stood at the door. Mouth open, knees wobbly, arms limp at my side, list (with pictures) floating gently to the ground beside my trembling toes. But I can’t say for sure, as I was completely unconscious for a yet to be determined period of time.

Once regaining consciousness and picking up my list from the ground, I experienced 6 hours that can best be summed up with the following:

I came. I saw. I broke it and quickly walked in the opposite direction: IKEA.

Eventually, after hearing several times “Hmm, black, brown, or black-brown?” And after realizing there was no way all the things I needed would fit, I managed to get several lamps, a dresser, an ottoman, a coffee table, two end tables, and a tv stand in my car.

And for the record, I believe black-brown is the best.

The state of mind one is in when purchasing IKEA furniture is very unique. Recently divorced? Just starting college? Whatever the circumstance, your mind is in a place where it is determined to move on. Start anew. Determined… and full of energy and ideas.

But there’s another, darker, component of this IKEA emotion that is very defeated. Very unsure, and maybe a little self-conscious.

Because rather than going to the store and buying some already assembled furniture and taking all that energy and determination and using it to write a novel or cure cancer, IKEA furniture buyers instead use that cancer-curing energy to meticulously lay out all the screws and boards and tiny plastic pieces shaped like raptors all across their floor. They open the directions, see a drawing of a man lifting something alone with an X over it. They then see a picture beside it of a man lifting something with another man helping. Both are smiling.

At this point, the IKEA furniture buyer closes the directions, mumbles “If I had somebody to help me with this. With anything at all. Maybe I wouldn’t have bought IKEA furniture in the first place,” and then painstakingly begins assembling… a strong drink in the kitchen. 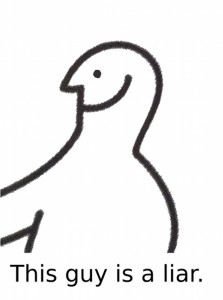 Day 2 begins, like most Day 2’s in any story I’m telling, with a hangover. It is quickly cured with a pot of coffee and a shower, and it is time to begin.

The first thing I put together is the ottoman. The frame is frighteningly easy to assemble. Putting the cover on the cushion and then putting that on the frame becomes an epic battle of velcro and tears that ends in another drink and my putting the ottoman cover on and asking my cat, “Does this ottoman cover make me look fat?”

The answer is yes, of course; I look like an ottoman.

Soon, I lose enough respect for the cushion that I am able to get everything to match the picture in the directions. Taking time to sneer at the person in the drawings, mocking me with his unnecessary smile.

This is furniture building, not cheerleading camp.

Does Bob Vila smile while he makes furniture?!?

…..I conclude my emotional breakdown, and declare Day 2 a success.

The biggest lesson I learned from Day 2 was that you shouldn’t be too careful when putting this stuff together. So, as Day 3 goes on, I gradually become less and less dainty with my furniture assembling motions. And it gets easier.

Before long, my tv is on its stand, and my camping chairs are surrounded by lamps and tables, and it starts to look like home.

While putting together the final item I was able to bring home, the dresser, my lack of respect for the pieces earns me a lap full of particle board dust and a lesson in self-control and anger management. After some careful balancing, and the executive decision to just put that drawer on the bottom, Day 3 is yet another, this time slightly more literal, success.

I go a couple weeks before my couch and chair that match the ottoman arrive, but when they do, I assemble them like a professional: with minimal effort and little to no alcohol. The camping chairs finally go to the patio where they belong, and the couch becomes my cat’s favorite giant green scratching headquarters. (It’s definitely more of a headquarters than a post.)

Regardless, everything settles into a self-assembled compilation of shelves and drawers and dust and coasters. And I finally realize that the defeated IKEA buyers aren’t wasting energy that could be better used somewhere else. They’re using that energy to put together their new home.

And you can’t buy that pre-assembled.