This is where we walked.

Where our feet left imprints of the stages of our lives. Where the earth resonates with who we were, and speaks it back to me in vivid memory.

Here we walked, under the Sycamore, her bone-white branches’ open embrace from above, roots surfing the ground under bare feet. She is the crone of this wide space, unequalled in both size and beauty. Her story, as well as her grandeur, make her the most beloved among the trees in these few acres.

A sycamore is airy; a far cry from the clustered magnolia’s dense spread that hides summer children in a green-deep world of possibilities. With a tempered number of branches and leaves that like personal space, the sycamore’s diffused canopy allows for space to see the sky, even at peak leafage. And so, under a full moon on an August night, the ground below is quilted with moonlight and moon shadow limbs and leaves, a faintly moving patchwork that breathes with me. 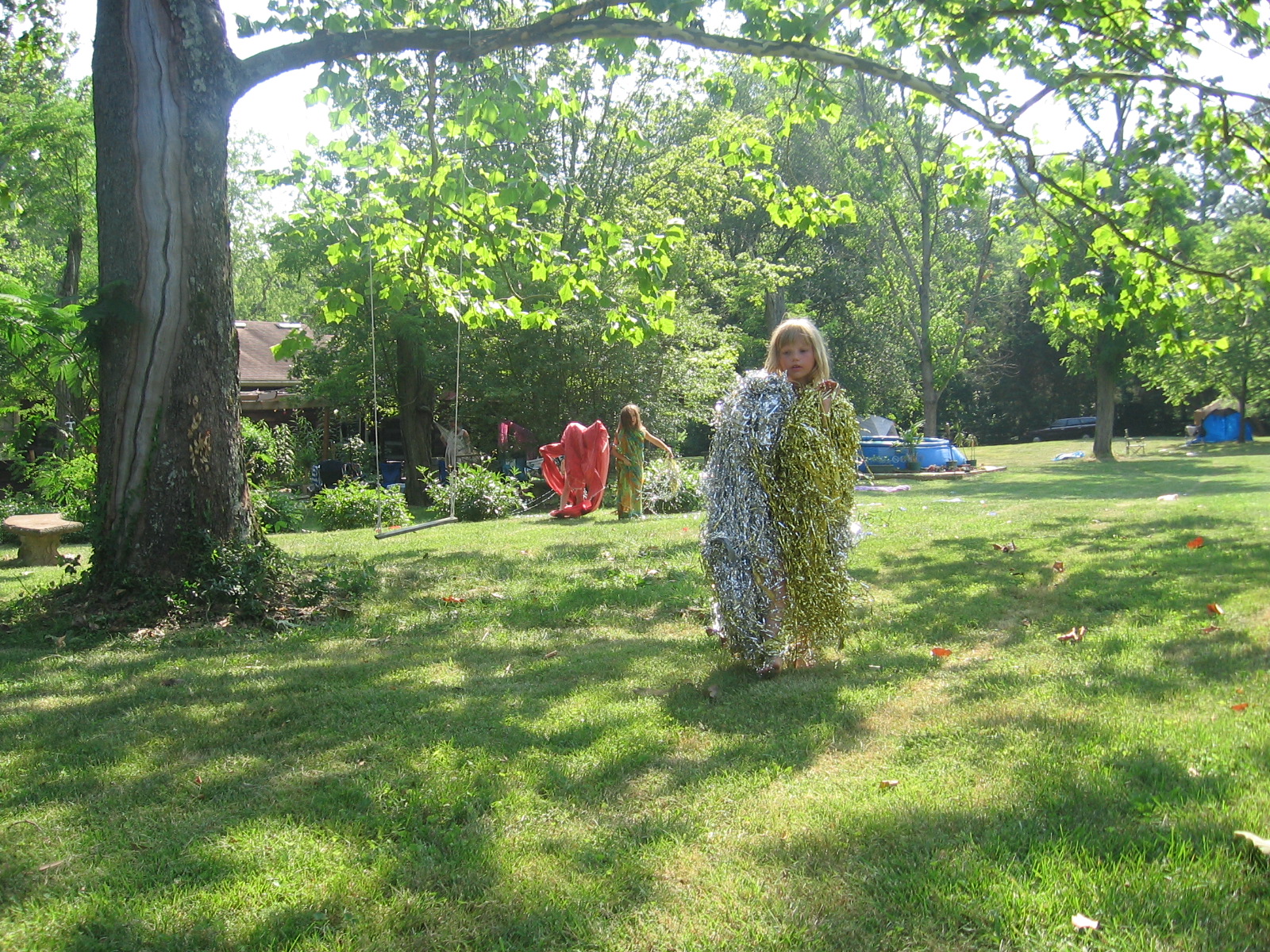 On one side, this grandmother tree bears the long, winding scar of a lighting strike that hit near the top of her trunk and ran its violent path nearly to the ground. When it happened I feared it would be the death of her, but over the years it has healed, the rough bark ever encroaching upon the once raw, jagged, open wood wound until it is merely a dark seam down her core. Looking at the tree from the south one might think she is perfectly healthy, but the north side tells a different story: nubs of branches that never grew back are ghost limbs. The bark still struggles to completely close over the wound.

This is sacred ground.

This is where I walked on summer nights, in a blue and white cotton house dress, holding my 11-month-old son as he sang himself to sleep with sounds yet unformed to words. Inside, his sister, nearly three, slept in her room that adjoined his, with a door always open. This is where, though tired and in need of a break from long days of mothering, I cherished holding this small body against mine, feeling him releasing his weight to me more and more until he held none of it ~ that deep, whole-body release of a sleeping child

We lose this, as adults ~ the innate knowledge and trust that we can release everything to another human being. Life’s falls teach us to grip, to hold ourselves, to stand alone. A learned knowledge of our vulnerability naturally results varying layers of protective shields; bark that both protects, and deflects.

Fragments of these nights, walking under patchwork of the Sycamore’s moon shadow are among the most vivid of that time in my children’s young lives. It was a era of putting on hold many of my own pursuits, but relishing the privilege to be a full-time mother. We’d spend hours in the Papason chair or hammock, Ella on one side of me holding an earlobe and John on the other, gently patting my cheek while reading books and drinking watered-down apple juice from sippy cups. We played inside and out. We made art, dressed up, gardened, did household chores and errands, had picnics, threw water and soap on the kitchen floor and slid around, grocery shopped, folded laundry, swung in the rope tree swing in the Sycamore, hiked, lived.

Naturally, those hands-on days of mothering gave way to raising school-age children, and then teens. And as is natural, in establishing their independence and identity, they drew away from me for a time. They have never completely left, but they hold their own weight, and we are no longer nor never will again be two bodies pressed in a near seamless embrace.

It is a beautiful, profound, and yes, sometimes heart-breaking experience to watch your children grow into adults, to feel the gut-pull of them leaving the nest, and to witness them sometimes walk boldly, and sometimes wander into the world.

I yearn for that simplicity of holding my baby daughter and son, to let them release all of their weight to me, to embrace them with fierce mother love I struggle to know how to fully show to adult children who like personal space, and to protect them from darkness. 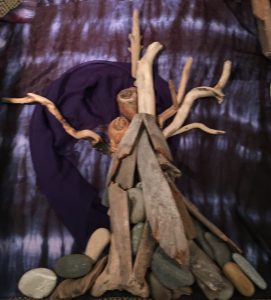 To become a parent is to open oneself to a level of vulnerability unparalleled. Becoming a mother, for most, invokes the staggering knowledge and weight of the depth of love one can have for another soul. And with this deep and matchless love and urge to nurture, comes a state of heart-risk unequaled; the knowledge that your child may not be safe from harm, illness, depression, apathy. The knowledge that your embrace is not enough, that it might not always be accepted, that you may not always know how to give it.

A nephew, wiser than his years, once said that humans need something for which to strive. With striving comes struggle. And though this striving and struggle is usually healthy, it is hard for a mother’s heart to witness.

Sometimes I am the Sycamore, with two branches missing. I can sense them – where they once were, and that they still exist in the world. But they are no longer part of my body, no longer fed from womb nor breast. Yet love still pours into the nubs of branches like mother’s milk. Does it reach its target ~ my children who are mostly independent and nearly grown; a daughter 500 miles away, a son sharing living space but emotionally distant? Do I know how to send it so that it reaches them?

The Sycamore’s gift is her ever-present, airy embrace, her beauty of simply being, the wisdom and courage and hope held in her scars. I lay this body beneath her and feel the earth-energy and memories feeding me, whispering that it is okay. As long as we are striving, and between the rest and soul work, as long as there is love flowing, it is enough. And I release my weight completely ~ a sleeping child in mother’s embrace. 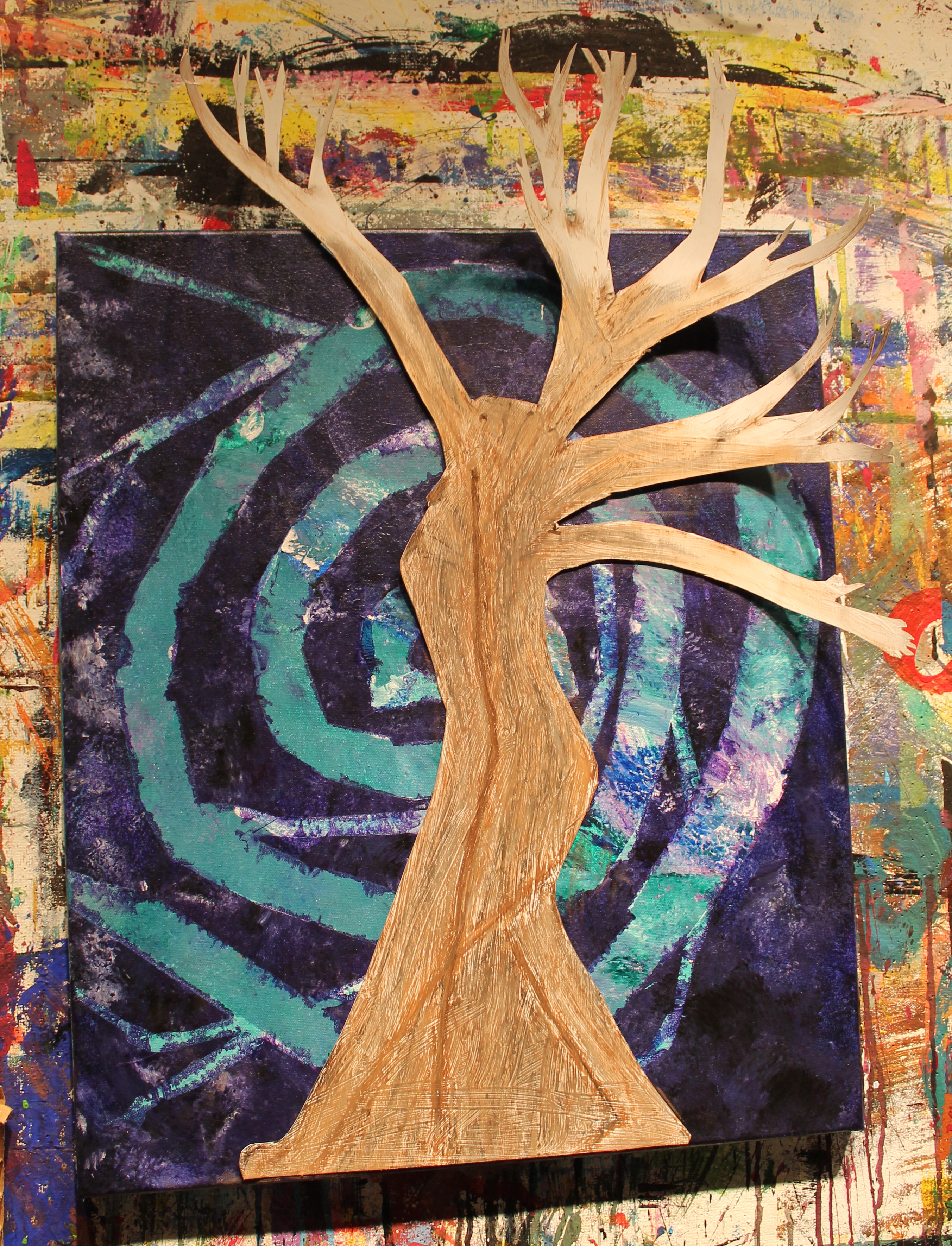