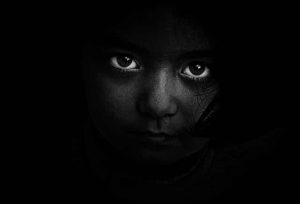 Using a standard Myers-Briggs evaluation tool, I was typed as a ENFP twenty years ago and just recently I have been typed a distinct ENFJ. The P says I am a perceiver and the J says I am a judge. According to Jungian Typology, these designations indicate a preferred approach to life. The J sees structure as enabling while the P sees it as restraining. The P sees time as a creative necessity while the J sees it as of the essence. The P wants to feel their way through a situation while a J wants to make a decision and control the outcome.

My liberal world view appreciated the more mystical sounding “Perceiver” as compared to the all too judgy sound of Judge. All that stability and certainty communicated to me a loss of creativity and stoicism that I intuited would lead to a boring life. I like adventure and besides, being a child “raised” in an alcoholic household, myself a teen parent operating in a destabilized economic situation for long periods of time, a victim of physical and sexual abuse as a child, I felt “perception” is what you use to walk across eggshells or even broken glass.

As I said, more than two decades have passed since I was last typed by a Myers Briggs test and I have been sober for about 17 of those years. I have had a modicum of financial mastery for about the same length of time. I am completely enjoying my fifteenth year in relationship with my second wife, so …. I figured at first this shift in type might be a result of new choices in a more supportive and stable environment. That simple scenario led me to research scholarly articles as to why people may shift type, which then led me to read C.S. Jung’s original works on typology and how it should be used clinically and practically.

What follows is a some evolving understandings of the human condition and how typology fits into the puzzle. It seems that Dr. Jung was a stickler for origin stories and how the global web of myth all seem to spin a remarkably similar, complex fabric used to cover, protect and provide skin for this energetic ethos, logos and pathos that is us being human. In moving through the collections of his works, I stayed primarily within his discussions of paradox, polarity and the equilibrium of opposites. Included are his reflections on light and shadow, dominant and recessive, male and female and the totality of creation.

His fluid movement through tomes of mythology and theological storytelling are epic and dense. Here are  a couple starting points I gleaned from this review:

In other words, infinite potentiality is within all people, or so says  the original texts that repeatedly assert that we were constructed from a complete and all-inclusive blueprint. How we uniquely express our beingness is formed by our specific internal and external worlds. The clinical and practical journey of personality-integration can “potentially” carry us across a continuum of landscapes that provoke the “lit” default or the “shadowed” subliminal traits within our potential selves. Jung tenderly alludes to this hero’s journey and what it might hold for each of us , seeming only to want the traveller to thoroughly explore and rediscover the completeness of their psyche and the soul. He beautifully and snarkily writes that if we were simply to align with the soul, we would be directly returned back to our creation and be whole once more. He makes no excuse for  the spirit that has other plans for us, dragging us away from home and out into this odd world for adventure and discovery. He just reminds us that that’s the way it works.

Joseph Wheelwright, a Jungian scholar,  suggested that ‘the most important thing about psychological typology is ‘de-typing’ . He was not referring to what happens in the course of Jungian analysis but to ‘what one would hesitantly call normality’ – i.e. the ‘individuation [or] growth’ that takes place in non-clinical settings. He went on to say that where Jung and Myers Briggs can be seen as different, Jung was coaching an individuation process while Myers Briggs was measuring it. The paradox is that by making a person aware of their types, we elevate awareness and bring us back toward our point of origin and making us less individuated.

So how might this apply to my life arc of development? Perhaps my strength as a Judge emerged dominant and default for me in the stable two-parent, relatively sober household I was born into. As the environment quaked and the chaos raised its hungry maw, my shadow perceiver emerged to help me feel my way through uncertain times. Now, restored to a time where I once again aware that I possess everything I need, and everything has its place, where I can show up on time and prepared, when I have a sense of justice stronger than an instinct for survival, I return to my default. The disruptions were the teacher that took me into my shadow. I was blessed to live on eggshells and feel my way through. This returning security is a respite from my work of exploration and awareness.

In discussing Adam, the first man, Jung cites the biting of the apple of knowledge as Eve’s symbolic raising of consciousness to the idea that we could be like gods. In that awakening was the seed of original suffering, the original problem, the original disruption. Before that moment, mythologically speaking, Adam knew no disparity. Much like the rest of the creation that seems to share the resulting  peace of ignorance, Adam was Adam and that was enough. It was in the realization that we were filled with potentialities, able to realize so few in any moment, we created stories of our our inadequacy and incompleteness and we despaired. How peaceful it is to sit with the awareness that Sean is a hermaphrodite, a dweller of shadow and light, a creator and a destroyer, a polarity and a paradox. What a comfort, what a wonder.